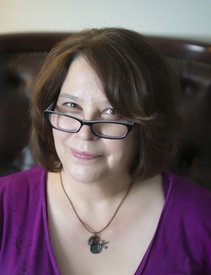 Rachel began her publishing career in 1991 under the name Roxanne Longstreet with her first novel, Stormriders, a media tie-in novel for the role-playing game Shadow World. In 2003, she began writing as Rachel Caine with the launch of the bestselling Weather Warden series in urban fantasy, followed by spinoff series Outcast Season, the Red Letter Days duology, and the Revivalist series.

In 2006, she began her career in young adult novels with the 15-book Morganville Vampires series. In 2014 she published her first stand-alone YA novel, Prince of Shadows, and in 2015, launched a new series The Great Library, with Ink and Bone and Paper and Fire. The third volume, Ash and Quill, is out July 2017.

In the film and television world, Morganville Vampires was filmed in 2014 as a web series, with almost a million views to date. Rachel's novel Exile, Texas is under option as a feature film.

She has been recognized with books named to the prestigious Tayshas List, Lone Star List, and Spirit of Texas reading lists from the Texas Library Association.

Rachel graduated with a business degree from Texas Tech University, and had a number of careers in the business world, including accounting, tax preparation, payroll administration, insurance investigation, web design, technical writing, and corporate communications. She is a full time writer.

MORGANVILLE is now a digital series, with Season 1 completed (available at www.morganvilletheseries.com)
EXILE, TEXAS is in pre-production.